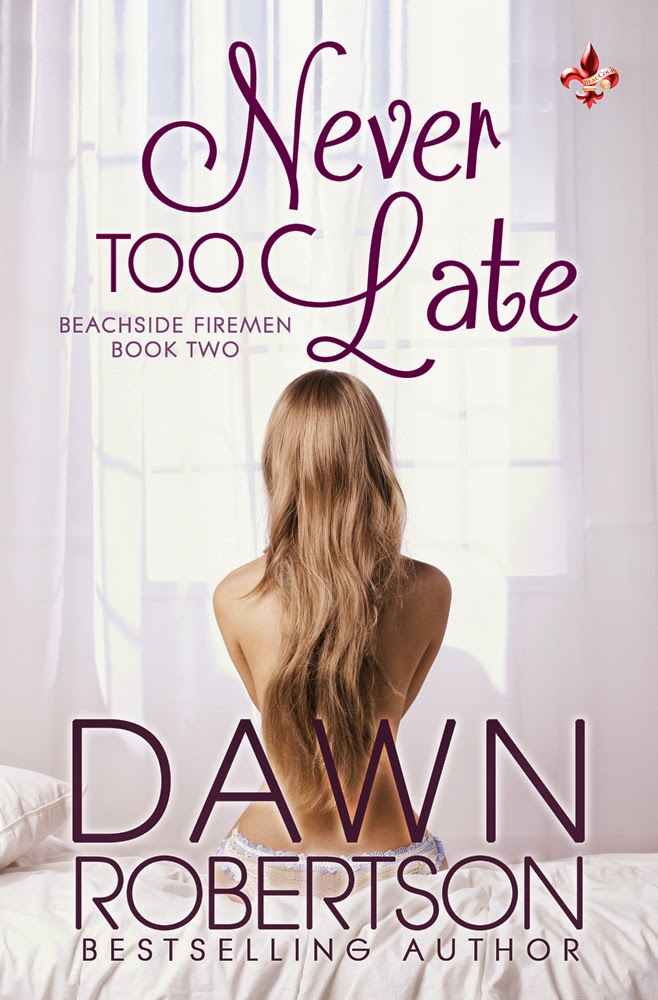 Never Too Late is the follow up to Crashed (http://goo.gl/g00Dtu)

Synopsis:
Amelia Taylor O'Connor fell victim to the charming Ben O'Connor a decade ago, little did she know he was only after her family's money. After a decade of abuse, and the ultimate betrayal she filed for divorce. Embarking on a new chapter of her life, she vows to finally find love.

Captain Brendan Sullivan is a career fireman, and a widow. After his late wife, Joyce passed he never thought a woman would catch his eye. Until he meets his Lieutenant, Avery Martin's, sister-in-law Amelia. Can these two find love in a sea of insecurity and dark secrets? Will they continue to run from their undeniable attraction? Or are they destined for -- the single life? 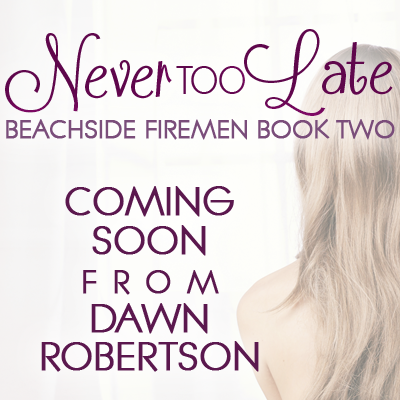