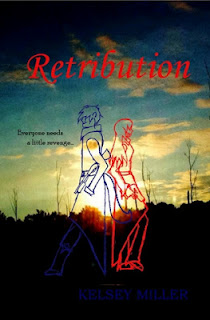 Synopsis:
Not all Vampires drink blood... More cunning and intuitive than the other wolves in his Family, Faolan has never had a problem killing their Vampire enemies. Yet even he is unprepared for the two Changelings—newly turned Vampires—who attack him one day during his patrol. The Changelings make no move to kill Faolan, and puzzled by their strange behavior, he flees. Before the wolves can determine the cause, Faolan is attacked again. Faolan barely has time to parry the Vampire’s blows before he is ripped from his wolf form. Cowering as a human, Faolan waits for death, yet the Vampire inexplicably spares his life—but her action comes with a price. The Vampire claims she does not drink blood. Instead, she has vowed to kill her nemesis, Hunter, an elusive vampyre with special abilities responsible for a tragedy the Vampire refuses to disclose. She compels Faolan into joining her on a week-long journey to acquire information from Hunter’s retired executioner. Faolan’s father forces him into going, and after the Vampire saves his life, Faolan realizes that the two of them will be partners for much longer than seven days. Faolan and the Vampire are bound together by a force older than any of them can imagine, and only they can hope to defeat Hunter. However, the Vampire has not been entirely truthful. What is she keeping from Faolan? And will he be able to learn her secret before both of them are killed?


My Thoughts:
Retribution was quite different from the usual werewolf and vampire young adult novels. It had an original plot unlike anything else  currently written. I liked how Faolan, the werewolf, and Emma, the vampire, teamed up even though they were natural enemies. I really liked all the characters, even the villains. Every character was well written and had fun and interesting personality quirks that made the reader like them, even when the reader was supposed to hate them. The ending of the book took me by surprise. It wasn't the usual happy ending that you find with most other young adult books. The book left off on a cliffhanger, so I'm really hoping that the author writes a sequel. I would recommend Retribution to paranormal fans looking for a break from the same old story and plot line.

I received this book from the author in exchange for an honest review, and was in no way compensated for this review.