Today on the blog, we have a special blog tour, and a review of The Adventures of Tilda Pinkerton by Angela Shelton. 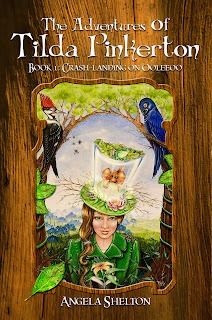 Synopsis:
A modern Mary Poppins in space.
In the middle of cosmic danger, the electrifying secret that Tilda Pinkerton, the magical hat maker, hides from the children she teaches - becomes her most miraculous gift, securing the safety of the planet she crashes on.
--
Somewhere out in the Sombrero Galaxy, Tilda Pinkerton–mystical maker of mysterious, magnificent, magical hats–is being hunted by the Keeper of Darkness.
Yet Tilda simply does not recall, at all, after taking a tremendous fall.
No one on Ooleeoo, where Tilda crash-landed, knows she is from another planet. Only Star Jumper Randy can tell her—but he’s light years away, frantically searching for his missing love, desperate that without her, the entire galaxy soon may be lost.
Even in the middle of cosmic danger, Tilda loves to create hats, for which she has a rare and uncanny knack. All who receive them sparkle, in fact—and spark their innermost talent. With a Tilda hat, people can suddenly do whatever they dream of, causing brilliant ideas to grow madly.
With Gladys the toad, who thinks she’s a cat, and Frank the fish, who lives in her hat, Tilda must discover who she is and what her enemy wants from her so badly.
But the Mayor of Moodle has other plans, including a ban on all wearing of hats, everywhere on Ooleeoo. His dark and forbidding actions seem to coincide with something unworldly, threatening all with a nameless dread and slowly blacking out the sky. With Ooleeoo itself turning upside down, how can anyone survive?
In this first in a series of Tilda Pinkerton adventures, Tilda must fight the battle of her life and risk all—even the galaxy and stars—by revealing her most electrifying secret.

My Thoughts:
At first, The Adventures of Tilda Pinkerton was confusing. I had no idea what the heck was going on. However, after a few chapters, the book became clearer to me. Then, I started to have fun reading it. The book was good after I got into it. I thought it was cool how the author had the definitions for some of the bigger words at the bottom of the page. Quite a few of the words I knew. The ones that I didn't know, I would have been lost i not for those definitions. I also thought it was creative how the author used names for her characters that relate to what they do. For example, Louie Luminferous invents things to do with lighting. My favorite character was Tilda. She was a very interesting person. She helped people follow their dreams, and increase their talents by making hats for them. Even when Max was forbidden to wear a hat, Tilda made him one anyways because she knew it would make him happy. The Adventures of Tilda Pinkerton was a decently good book. I recommend it for children twelve and older.

I give The Adventures of Tilda Pinkerton: 3/5. 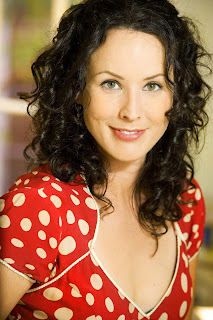 I received this book in exchange for an honest review. I was in no way compensated for this review.