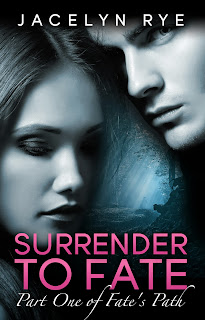 Synopsis
Some say fate holds the cards. But what if love deals the hand? No love goes untested. Ever. Indeed, true love is left to prove itself. And that is exactly where fate steps in to play the game.

For William and Sarah, that game begins with growing up, in the unspoiled mountains of Colorado. In a time and space as clear as the Rocky Mountain skies above, these young souls together learn about life, what matters most, what endures, what doesn’t, and about love. Innocent young love moves ever so surely toward lives they both can picture, lives spent loving each other in a place they know so well and cherish.

Will and Sarah are ecstatically swept away in the swells of new love. And it is in their rarefied bliss that they make the fragile promise of first love, a promise that fate will soon rock and pound into doubt, guilt, and epiphany.

Unexpected and unprepared, these young lovers are suddenly torn apart, first by distance, and then by the far

greater pressures of temptation that test the very fidelity of their heart-held promise. No longer able to console each other, hold each other, touch each other, they face the inevitable decision: move on to other loves, or cling to the faith that they will someday be together, again.
Will and Sarah stare down an unknown path, sensing destiny will not wait long before it comes to take them. Wracked with doubt, they wonder if their love was real. Caged by guilt, they both feel tempted by others intent on stealing their hearts.

Fate plays hardest when love is tested. And Will and Sarah are no exception, letting go of their happy past to embrace hope for an uncharted future. Love plays hardest when fate tests. And so it is, even through their trials of the heart, Will and Sarah never really stop loving each other. Theirs is a love so real and pure that each just wants the other to find happiness, even if it's with another.

But fate does not surrender so easily. Dealing blow upon blow, both Will and Sarah are each struck by jolting events that take them to the very edge of life, itself.

Sarah and Will hold tightly to their past, but steadfast promises begin to wane. Life continues, filled with romance, drama, and two souls yearning to understand the challenges brought with coming of age, and learning that fate is ultimately in control. What happens to love when life is on the line? Can they both relinquish control when love is on the line? Will fate even allow them to find out?


She wouldn't think about it.  Not anymore.  All she would do now is feel.  She had forced herself to be numb for so long.  She craved what she knew he could make her feel.  Time for agonizing over the decision would come.  But not tonight.  Tonight, she was done with worry, done with right or wrong.  Anything that came tonight would be right.  It had to be.  It's simply a state of mind.  There would be consequences to be sure, but she was taking control, for once, instead of leaving it to fate.
He gently guided her head down to rest on the blanket.  She watched his eyes float over her body as if she were a treasure long awaiting his discovery.  She should've been nervous, but she wasn't.  She had waited for this for a long time.  Her heart galloped as she met his gaze, and her breath came in shallow, quiet gasps.  She lay completely naked before him, but cloaked in his love, she never felt safer than she did right now.
He moved himself directly over her.  She drank in the delicious heat from his body as every nerve awakened at the mere touch of his skin on hers.  One strong arm braced his weight as he lowered himself down to whisper in her ear, "Are you sure you want this?"
She stared into his piercing eyes and nodded.  She could swear that at one time, she had every fleck in them memorized.  But now all she saw was her own reflection, and that was all that mattered.  Tonight, they were the only two people in the entire world.
"Are you sure you want this...with me?" he asked again, and she knew what he meant.  Others would be affected by their choices tonight, and nothing would ever be the same for any of them.
"I've never been more sure of anything.  I want you." Her voice shook, but not from uncertainty.
"I've always wanted you.  Tonight, I want to show you just how much.  Tonight, you will finally be mine."
"I've waited for this moment, to know what was meant to be.  I know that tonight, I was meant to give myself completely for the first time, to you." She searched his eyes again and watched them instantly change, and grow even hungrier for her.
He closed his eyes, as if to let her words slowly melt over him, and lightly moaned, "You don't know what that means to me.  I promise you, I'll be gentle.  But this will be a night you'll never forget." He paused and whispered, "And neither will I."
As he descended onto her mouth, she forced her mind away from the questions that still lingered.  The path that led to this moment was still clouded with an uncertainty that may never be resolved.  She knew her future depended on the details of her past, a past that she must scrutinize from the very beginning.  She would have to go back, all the way back to her childhood, if she had any hope of navigating the twists of fate's path.  But not tonight.
~~~~~~~~~~~~~~~~~~~~~~~~~~~~~~~~~~~~~~~~~~~~~~~~~~~~~~~~~~~~~~~~~~~~~~ 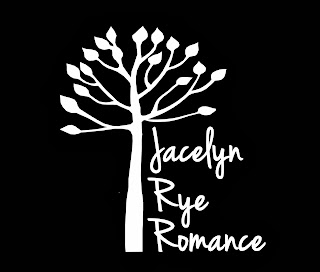 Jacelyn spent her childhood growing up in the mountains of Colorado.  After graduating from college, she moved to Southern California, where she still resides with her husband and two young sons.

a Rafflecopter giveaway
Posted by Kayla Eklund at Wednesday, October 02, 2013