UNDONE by Teal Haviland has a cover and we get to share it with you today! Check out how amazing it is and then look below to read all about the title and Teal Haviland! 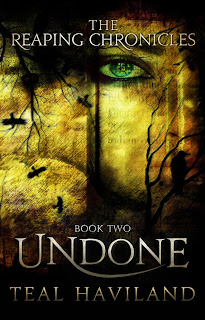 Isn't it gorgeous and mysterious?!? UNDONE is a Young Adult Fantasy and is Book 2 in The Reaping Chronicles Series. It is scheduled to be released in February 2014.

The best plans come undone. The best angels do, too.

Gabrielle, the Angel of Karma, chose to live in a human body on Earth in hopes of learning what she needed to know to do her job better. She had no idea what she would discover, and she certainly didn’t expect things to go so wrong.

But that was then.

Now, she knows that Ramai and the Fallen have a much stronger hold on humanity than she first believed; that the Book of Barabbadon not only still exists but is now in the hands of the enemy; that demons are becoming more powerful; and that her new love, Lucas, has a terrifying path ahead of him—a path that could make him her worst enemy.

Now, she has to fight through more obstacles than she had before, and she has to do it while watching the clock—constantly reminding her, with each revolution around its face, that time is running out to make things right, to turn the tide toward Light in the Great War.

Gabrielle’s original quest has become more perilous. It’s not just about understanding what motivates humans anymore, she also has to figure out how to keep everything and everyone she loves from coming to an end. Soon.

Other than losing the War, Gabrielle doesn’t think the circumstances that have unfolded since coming to

Earth could get much worse. 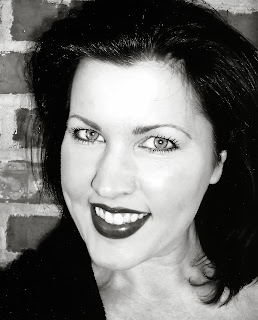 Teal Haviland lives in Tennessee with her daughter and her four-legged friends. She enjoys photography, travel, reading, music, cooking, daydreaming, writing (of course), and above all spending time with her family and friends.

Teal grew up with a love for anything fantastical or outrageous. After years of dreaming of worlds where fairies, angels, demons, and shape shifters (to name a few) exist, she finally decided to begin writing her stories down. Inception, book one in her series The Reaping Chronicles, is her first published novel.