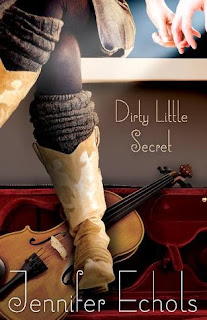 Synopsis:
From the author of the “real page-turner” (Seventeen) Such a Rush comes an unforgettable new drama that follows friends-turned-lovers as they navigate the passions, heartbreaks, and intrigue of country music fame.Bailey wasn’t always a wild child and the black sheep of her family. She used to play fiddle and tour the music circuit with her sister, Julie, who sang and played guitar. That ended when country music execs swooped in and signed Julie to a solo deal. Never mind that Julie and Bailey were a duet, or that Bailey was their songwriter. The music scouts wanted only Julie, and their parents were content to sit by and let her fulfill her dreams while Bailey’s were hushed away.Bailey has tried to numb the pain and disappointment over what could have been. And as Julie’s debut album is set to hit the charts, her parents get fed up with Bailey’s antics and ship her off to granddad’s house in Nashville. Playing fiddle in washed-up tribute groups at the mall, Bailey meets Sam, a handsome and oh-so-persuasive guitarist with his own band. He knows Bailey’s fiddle playing is just the thing his band needs to break into the industry. But this life has broken Bailey’s heart once before. She isn’t sure she’s ready to let Sam take her there again…

My Thoughts:
I’m not sure what I can say about Dirty Little Secret without giving away spoilers. However, I will try to make this review as spoiler free as possible. When I first read the synopsis, I was excited. A book about a fiddle player sounded original. Also, I love books about music. However, Dirty Little Secret turned out to be just okay to me. Don’t get me wrong, I enjoyed it. It turned out to be your typical chick-lit novel. There was nothing that set it apart from the hundreds of other chick-lit novels.

I can’t really pinpoint what annoyed me about the book. I think it was a combination of Bailey, Sam, and Bailey’s parents. Bailey drove me crazy because she allowed her life to be controlled by her parents. Until Sam practically forces her to join the band, she refuses to defy her parents.

Speaking of Sam, I didn’t care for the way he treated Bailey. He was horrible to her the first eighty percent of the book. After realizing something, he starts to treat her better. However, it doesn’t make up for him being a douche bag before.

Bailey’s parents completely disown her and treat her horribly. They refuse to see her or talk to her. They go as far as to not let her go to any of her sister's events. If you love your child, you don’t do that to them.

There were several good points about the book. It held my interest the whole way through. A few of the characters were funny. I really liked Ace and Charlotte. It was interesting to watch their relationship develop. Even though this wasn’t my favorite book, I will continue to read Jennifer Echols novels because I liked her previous ones.

I received this book from the publisher via Edelweiss in exchange for an honest review. I was in no way compensated for this review.
Posted by Kayla Eklund at Saturday, December 07, 2013