Currently Reading is a weekly feature that I do every Sunday on this blog. In that feature, I highlight what I'm currently reading. I give a brief synopsis, and state what I think of it so far. All of the covers will link to Goodreads.


#1 Half Bad by Sally Green 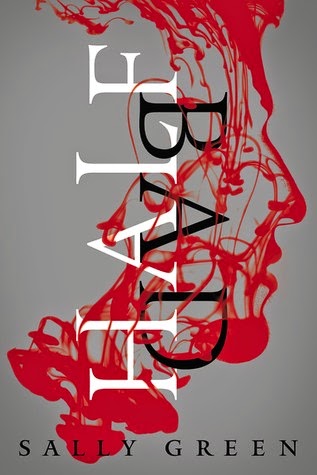 Synopsis:
Wanted by no one.
Hunted by everyone.Sixteen-year-old Nathan lives in a cage: beaten, shackled, trained to kill. In a modern-day England where two warring factions of witches live amongst humans, Nathan is an abomination, the illegitimate son of the world's most terrifying and violent witch, Marcus. Nathan's only hope for survival is to escape his captors, track down Marcus, and receive the three gifts that will bring him into his own magical powers—before it's too late. But how can Nathan find his father when there is no one safe to trust, not even family, not even the girl he loves?Half Bad is an international sensation and the start of a brilliant trilogy: a gripping tale of alienation and the indomitable will to survive.

My Thoughts So Far:
I've only read the first page of this, so I can't really decide what I think of it yet. I do like the writing style so far though. 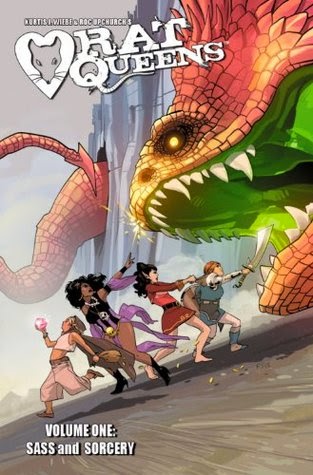 Synopsis:
Who are the Rat Queens? A pack of booze-guzzling, death-dealing battle maidens-for-hire, and they're in the business of killing all god's creatures for profit. It's also a darkly comedic sass-and-sorcery series starring Hannah the Rockabilly Elven Mage, Violet the Hipster Dwarven Fighter, Dee the Atheist Human Cleric and Betty the Hippy Smidgen Thief. This modern spin on an old school genre is a violent monster-killing epic that is like Buffy meets Tank Girl in a Lord of the Rings world on crack!

My Thoughts So Far:
Once again. I've only read a few pages of this, but I am greatly enjoying it. I love the snarky humor and the innuendos. 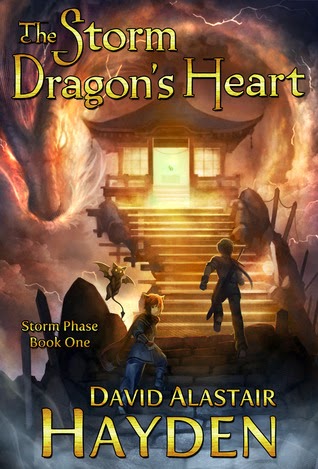 Synopsis:
STORM PHASEA teenage wizard burdened with a mysterious destiny, a cat-girl ninja he can't help but fall for, and a bat-winged daemon that doubles as a diary embark on a journey of self-discovery in a world teeming with monsters and magic. Perfect for fans of Percy Jackson and Avatar: the Last Airbender, this enchanting Asian-inspired fantasy series delivers fast-paced adventure for readers young and old.Book 1: THE STORM DRAGON'S HEARTTuresobei dreams of adventure and a chance to prove he's no longer a child. Wizards should be careful what they wish for.Destined to become his clan's next and perhaps greatest ever high wizard, Turesobei feels smothered under everyone's expectations. And he's fed up with people treating him like he's still a child, especially his grandfather, the current high wizard. After foiling an assassination attempt on his treasure-hunting dad, his grandfather sends Turesobei on his father's expedition to find a powerful artifact known as the Storm Dragon's Heart. He's supposed to blow off some steam and get a dose of real world experience. But disaster strikes, and their quest becomes a race for survival.Aided by a sassy ninja cat-girl and a mysterious diary that transforms into a bat-winged familiar, Turesobei battles sinister cultists, vengeful spirits, and a mad wizard from a rival clan who's determined to use the artifact to destroy Turesobei's homeland. To fail is to lose everyone he loves, but success carries a terrible price.

My Thoughts So Far:
I actually haven't had a chance to even pick this one up yet, but it's on my review goal for this week, so I figured I would add it here. It's short, so it should be a quick read. It has a lot of fantasy elements, so it looks like something I will love.